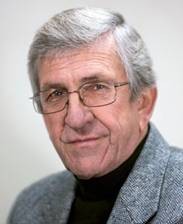 His book is critically acclaimed, with cover blurbs from Hugh Mackay and the Richard Dawkins Foundation, among others. It’s an analysis of Christianity, its origins, and the harm it does.  There are also chapters covering ‘neuroscience and belief’, and the ‘historicity of Jesus’ — why the foundations of Christianity are flawed.  It’s a call for Australia to become fully secular — based particularly on the models of Scandinavia.  The Appendix details how anyone can take simple action on the 25 secular topics discussed in Chapter 9.

Brian ran his own Sydney-based media/PR consultancy — The Publicity Agency — for 20 years before retiring recently to the calmer climes of Adelaide.  He shoots ‘traditional’ black & white photographs and runs a restaurant trio playing swing and ‘cool’ jazz — as well as continuing to campaign on secular policy through all media outlets.